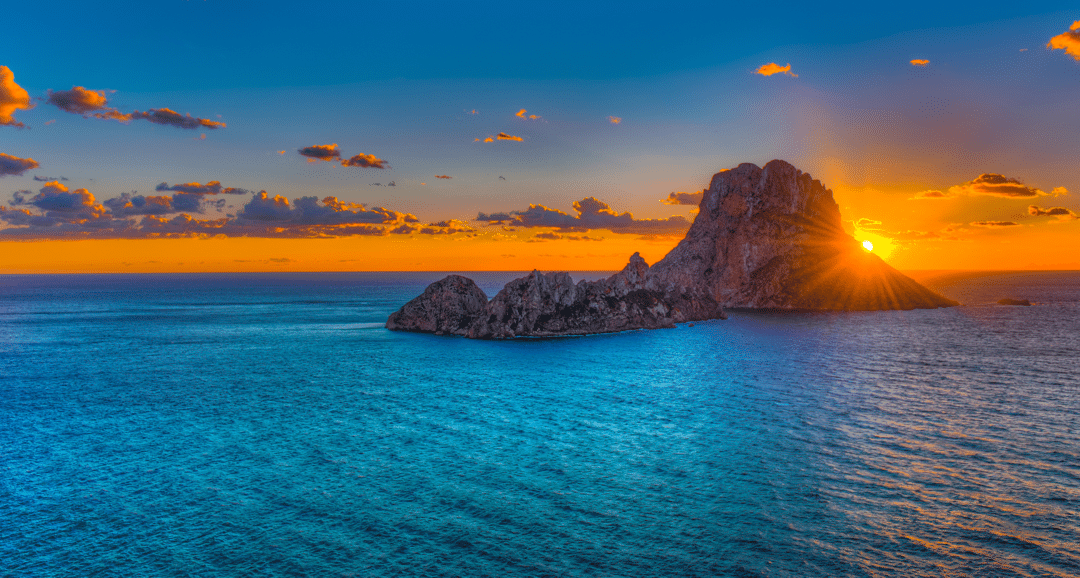 Do you know how you are going to get around Ibiza once you land at the Ibiza Airport? there are plenty of private taxis, luxury transfer services, and public transportation for you to choose from.

Every year, millions of visitors flock to Ibiza from all over Europe and the rest of the world. In 2016, the island received 7.1 million visitors, a record high number that stunned even the locals.

But are we really surprised? With its stunning landscape and incredible nightlife, it was just a matter of time that more and more people fell in love with the island.

With all of this traffic, however, it also means more planning on your part. From the moment you arrive at the Ibiza airport to the time you say goodbye, you have to make sure there is a way for you to get around. Read on to find out more about Ibiza transportation options.

There are many types of transportation in Ibiza, here are some facts you should know about the island before choosing transportation.

Ibiza is a relatively small island. It is 550 square kilometers which is about one-sixth of Majorca. Without traffic, one can drive across the entire island under one hour easily. The island also has a major motorway that connects to most of the major resorts.

If you’d like a stressfree experience on the road, unrestricted by times and schedules, you can arrange for car and driver to take you and your guests all around town to see the best views of the island. And when you’re done, you can also have the driver take you to the best restaurants in town.

The most popular months to visit Ibiza are from the beginning of April to the end of October. These are the prime months for vacationers from Europe and the rest of the world who are in search of the sun. In April, weather hovers around 61?F (16?C) but will rarely reach pass 78F (26C) in the summer.

Due to this reason, we highly advise you to book all of your transportation to the island in advance. The later you book them, the harder it will be to find the transportation option of your choice.

There are plenty of public taxis for you to use in Ibiza but the problem is, everyone else on the island is also using them. During busy months, the lines for taxis at the airport can be a mile long. And in the quieter months, you may be standing there wondering where the taxis are. Either way, there will be waiting.

The smarter way is, of course, to request private Ibiza airport transfers. With private transfers, you can book them in advance and tell them exactly how many people will be with you and how much luggage you’ll have. You won’t have to worry about whether everyone and everything will fit. Plus, they’ll be right there waiting for you at the door when you arrive.

If you must use a public taxi, however, you should at least do it safely. All official taxis in Ibiza are white with green diagonal stripes on the sides with a taxi sign on their roofs. They should all be running on meters and they charge per kilometer. Don’t, however, expect to be able to grab one easily when you arrive at the airport or when you get out of the nightclub because there will be many others doing the same. These are the average prices from the airport to the three most popular areas on the island:

Keep in mind that during night time or during bank holidays, taxi fares will be higher.

If you would like to visit Ibiza’s sister island, consider hiring a private yacht for you and your party to enjoy. The beautiful views of the Mediterranean sounds should not be rushed over but enjoyed slowly. The ride over should be no longer than 40 minutes but you can definitely tell the captain to slow down, so you have plenty of time to enjoy the view and relax on the way there. Once there, you can arrange for a luxury car service to pick you up.

Or, if you’re feeling adventurous and want to see the island from above, you can hire a private helicopter to give you a private tour of the sky over Ibiza.

We get it. Driving around by yourself on a beautiful island can bring about a type of excitement and joy that sitting in the back seat does not. If you would rather be the driver, there are many luxury car rental places that you can choose a car from.

From Lamborghinis to Maseratis, there is no shortage of luxury cars to choose from in this world famous island. Call the car rental place ahead of time to make sure you get the car of your choice or have your concierge set one up for you so when you show up all you’ll have to do is pick up the keys and jump in.

If you’re traveling in a large group then you’ll definitely want to take care of your transportation arrangements ahead of time. But if trying to figure out everything is giving you a headache, a concierge service can plan all of that for you.

Whether if you’re just looking for a ride from the airport to the hotel, or a ride back to the airport on your last day, or a limousine to take your party for a night out in town, a concierge service can do all the planning for you.

Ready for A Luxurious Ibiza Experience?

Whether if you’re going to Ibiza for business or pleasure, there is no wrong way to do it. The only thing you do not want to do, however, is to waste any time waiting for transportation.

If you are ready for a visit, make sure to check out our website to help you with your Ibiza airport transfer as well as all other Ibiza transportation options. We know how precious your time is and we would hate to see you waste any of it.