14 Fun Facts About London City Airport You Need To Know 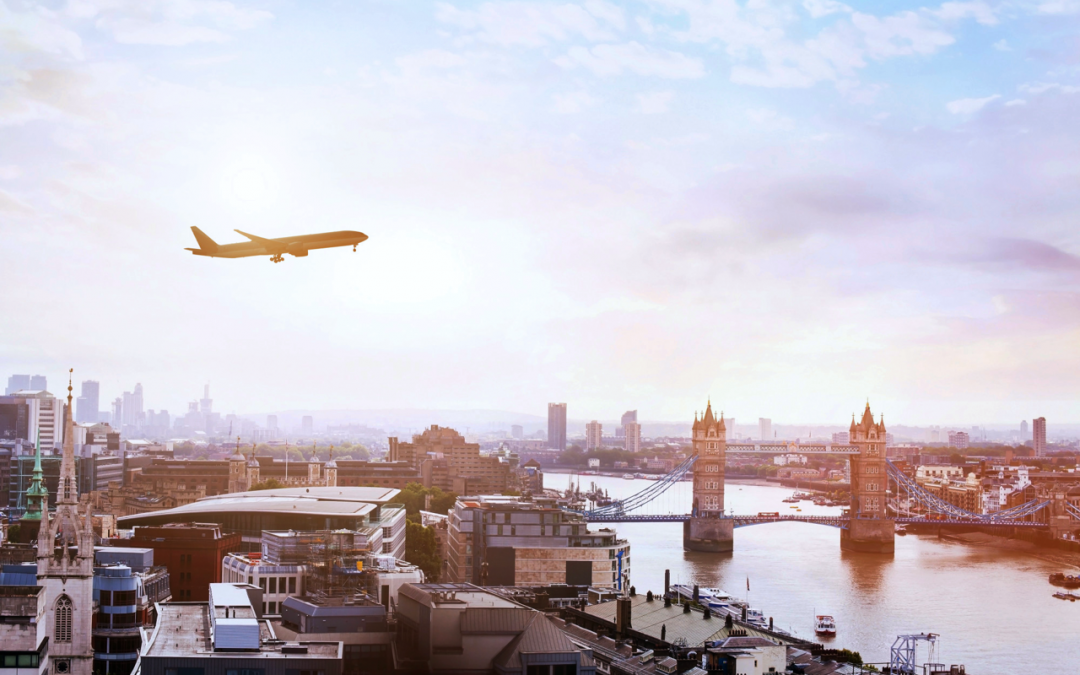 Did you know that London City Airport is London’s business travel hub? Read on to learn the most interesting and fun facts about LCY.

Traveling to a new place always brings that unique blend of nervousness and excitement. You’re eager to see a new corner of the world. At the same time, you aren’t sure what to expect and whether you can find your way through a new airport.

Whether you’re a fan of the London City Airport or you’re gearing up for your first trip there, you’ll be interested to learn these fascinating facts.

1. The London City Airport Is Getting Busier

By all accounts, the London City Airport or LCY is a small airport. However, it’s getting busier with a steady increase.

2. LCY Is an Active Neighbor 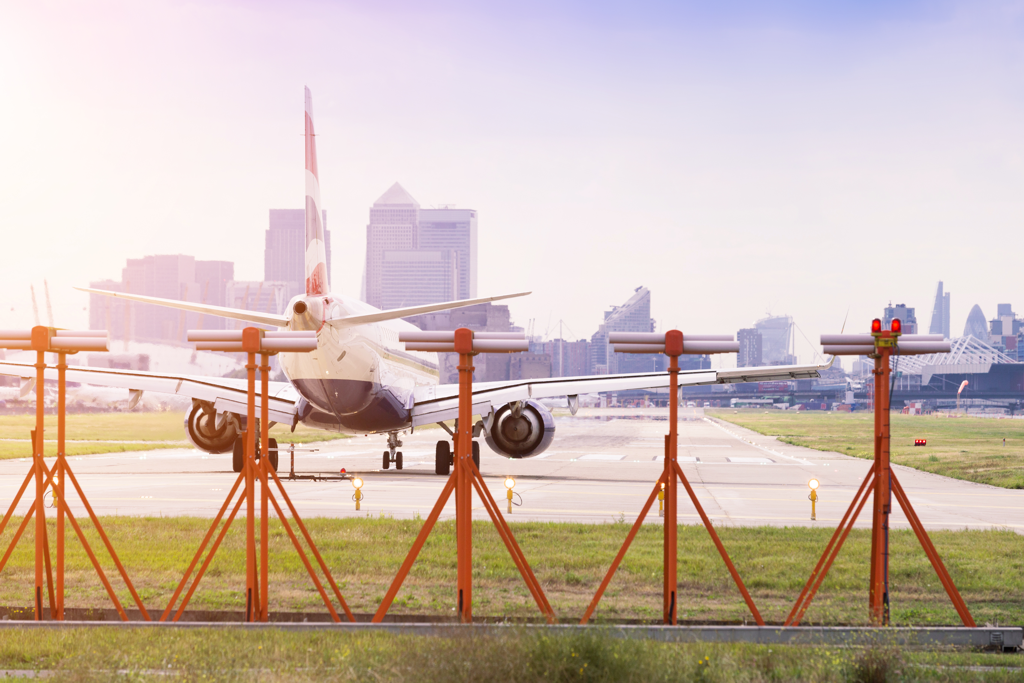 London City Airport doesn’t just use “London” as part of its name. The city is part of the airport’s identity too.

As a result, LCY is active in charity efforts and supportive endeavors throughout the city. The management and the staff alike take action throughout the year to boost their local community.

As one example, the airport recently participated in the London PRIDE parade. They also have a dedicated Community Fund which is dedicated to benefiting a variety of causes around London.

Their most notable contribution may be the large amount of volunteer time their employees spend serving their neighbors.

Every summer, the airport hosts its Volunteering Fortnight. This sets aside two weeks for their employees to dedicate to multiple vital causes. On top of this annual event, the airport carries out a similar project each December called 12 Days of Giving.

3. The Airport Is Getting Greener

We’re not talking about a coat of paint. The London City Airport is joining the fight for a healthier planet.

Through a variety of measures, LCY has already reduced its amount of carbon emissions per passenger by 28% since 2013.

The future is even brighter. The airport has pledged to reach zero net carbon emissions by 2050.

In addition to their commitment to the planet and the local community, LCY is making a concerted effort to lower the gender gap.

In particular, the airport is taking measures to help more girls go into STEM fields. STEM, or science, technology, engineering, and mathematics, is a collection of fields with a far higher percentage of men than women.

LCY is trying to change this by hosting educational events for young girls. These events give the girls an inside look into the field of aviation. It also tells them about the many career opportunities in aviation and STEM, encouraging them to explore their options.

The London City Airport may be a small airport, but that doesn’t mean its passengers don’t have options. In fact, eleven airlines operate flights into and out of the airport.

The most notable airline LCY services is British Airways. Unsurprisingly, this is also the airline that connects with the largest number of locations.

6. The Airport Values Its Employees

When you patronize a business, you want to know where your money is going. You always hope it’s spent wisely and ethically. At LCY, you can rest assured that this is true.

London City Airport is a certified Living Wage Employer. This means that they pay their employees above the living wage for London.

As proud as they are of this accomplishment, those at LCY don’t plan to stop there. The airport’s next step is to ensure that all their vendors do the same.

This is part of the airport’s commitment to being a true local airport. Not only do they strive to serve their neighbors but they also want to ensure that their employees can afford to live in their community.

7. LCY Has a Strong Track Record with Passengers

As a passenger, it may be interesting to learn how an airport operates and what charitable actions it takes. What you really want to know, though, is whether it will serve you well.

Thankfully, this is London City Airport’s specialty. It has a long record of high customer satisfaction. In fact, the Airports Council International recently named LCY the Best Airport in Europe in its size class.

8. The Airport Accesses Over 50 Locations

Despite its cozy size, LCY is an airport that offers more options than most passengers expect. Among those eleven airlines that use the airport, they bring passengers to and from more than 50 locations.

Most of these locations are across Europe. However, British Airways also offers a flight to New York City, making LCY an airport that connects not just nations but continents.

As much as the London City Airport has grown over the past ten years, its history goes back much farther.

After being proposed in 1981, the airport began operating in 1987, 32 years ago. Queen Elizabeth II officially opened it in November of 1987. However, the first flight landed on its property on May 31st of that year and its commercial service began in October.

Five years later, the airport made several upgrades and expanded its runway. To commemorate the new improvements, Princess Diana re-opened the airport in 1992.

10. The Airport Is Tough on Noise Pollution

Unlike many airports, London City Airport is actually within the city limits of the city it’s named after. As a result, the airport takes measures to be kind to its neighbors by keeping noise pollution to a minimum.

LCY does this by placing unique restrictions on the amount of noise planes can make when they use its property.

This is part of the reason the airport has remained small. The noise restrictions limit the types of planes that the airport can service.

LCY supports all types of travelers from tourists to international executives.

However, the airport is located near important parts of London’s financial scene, including Canary Wharf. Because of this, LCY has become a favorite for business travel.

The proximity makes it easy for tightly-scheduled executives to get off a plane and get to their meetings with their London chauffeur for the day in no time.

12. The Airport Has a Short Runway

As you can imagine, space is limited in and around London. This means that London City Airport doesn’t have as much room for multiple long runways compared to airports with larger properties.

London City Airport has a single runway that is less than 5,000 feet long.

As a result, not only can the airport only allow for one take-off or landing at a time, but it’s also only available to planes that require little distance to take off and land. These are known as STOL planes, which stands for “short take-off and landing.” 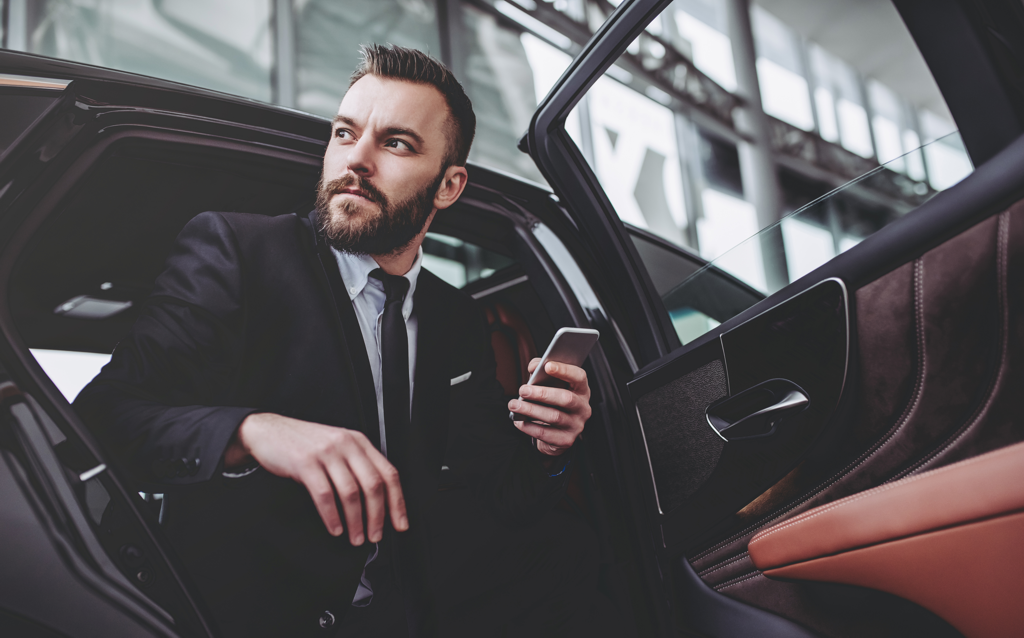 As we mentioned above, business travelers love London City Airport because it’s so close to the city’s financial center. That isn’t the only reason, though.

The airport also has a unique commitment to efficiency with its 20/10 promise. This pledge promises travelers that from the minute they walk into the airport, they can be checked in, through security, and at their gate in 20 minutes.

The “10” promises a ten-minute arrival time. The airport vows to get passengers from the tarmac to the train out of the airport in ten minutes.

This is far faster than most or all major airports. Part of the airport’s speed is due to its small number of passengers. As those passengers are increasing each year, though, the airport is planning upgrades and expansions to be able to maintain its promise with larger crowds.

14. The Airport’s Land Has a History of Travel

If you look at a picture of London City Airport from above, it looks like an island. This is because the area used to be the city’s docklands.

The airport uses a strip of land next to the River Thames that was meant to attend to ships. When the dockyards were no longer active, the city chose to repurpose the area for an airport.

This does, however, mean that the surrounding water prevents the airport from expanding its space by a significant amount. This is why their upcoming upgrade plans don’t include enlarging the runway.

Traveling to the London City Airport

Most big cities have one major airport, or two at the most. If you’re booking your travel and you limit your search to those top airports, though, you may miss out on great opportunities.

Whether you’re traveling for business or pleasure, London City Airport has plenty to offer. It’s even better if you have help from our luxury VIP services. To find out more, learn about our VIP airport service and let us make your next trip smoother and easier.