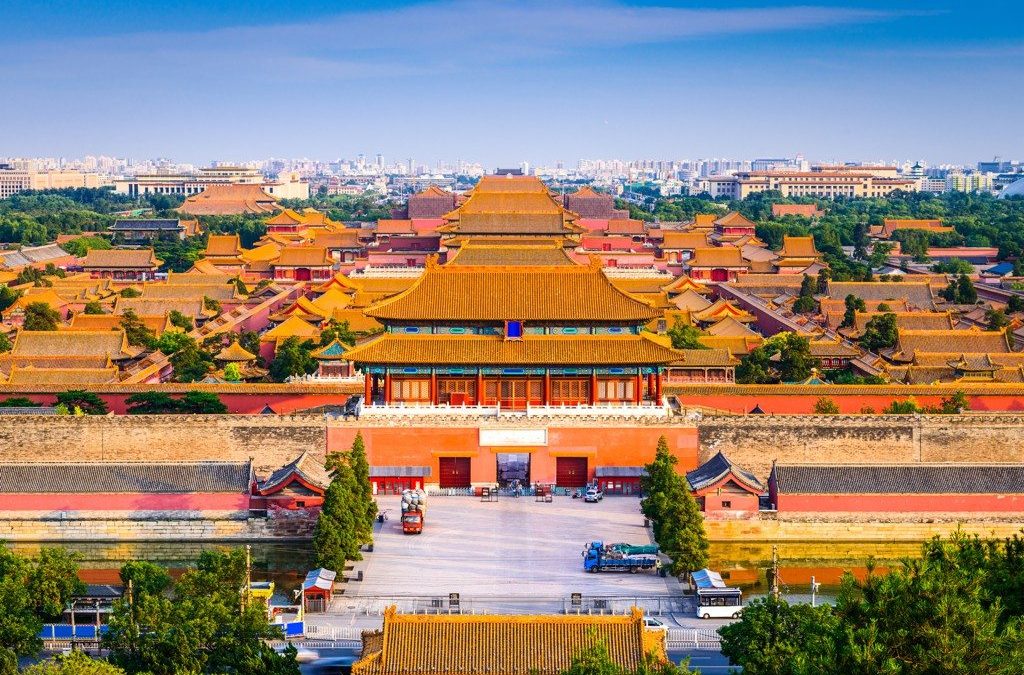 Finding the best Beijing attractions will be easy for your next business trip. Our top 10 list highlights the must-see points of interest in the city.

Traveling to new place happens in 4 steps. Are you ready?

Sounds simple, right? If only traveling were always that easy.

Despite traveling to a new place being exciting, planning the trip is usually overwhelming and stressful. It can take weeks and months to research attractions and tourist spots. Especially considering the language barrier, you may never get to where you want to go.

If you are traveling to a country as large as China, you may not even know where to start. There are so many attractions and sites it is nearly impossible to narrow your list down to a few days worth of sight-seeing.

Fortunately, we did the work for you. Below is a list of the top 10 Beijing attractions to see on your next trip to China. Follow our list and you’ll be sure to get the most out of your Beijing trip. 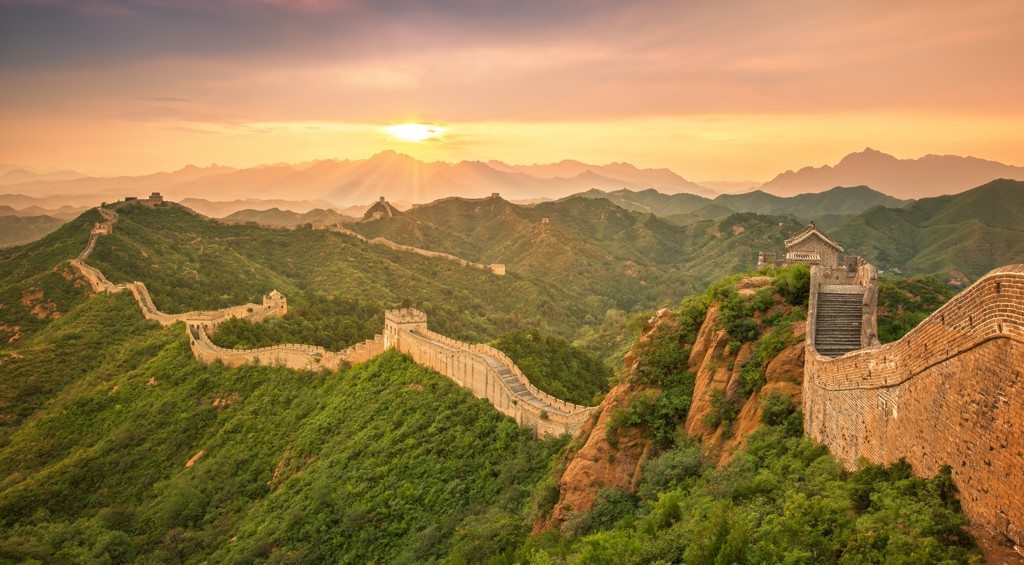 With claims of being visible from space, the 2,300-year-old monument spans 21,196 kilometers or 13,170 miles. Completing the entire length of the wall would be impossible, so we suggest visiting the most well-known section: China-Badaling.

China-Badaling is located 43 miles northwest of Beijing and is almost 5 miles long. If you have time, we recommend seeing the Mutianyu section. This section of the Great Wall is less crowded and one of the more impressive sections. Don’t forget to stop and look at the view around you – it will take your breath away.

Beihai Park is one of the must-see Beijing attractions. One of the oldest surviving imperial gardens, it received its name from the nearby lake (which you can go boating on).

Take a lotus boat over to the stone stupa and check out monks’ bones, mantels, and alms bowls.

A local gathering place, the park has many structures including Round Fort and Hall of Enlightenment.

3. The Temple of Heaven

Dating back to 1420, the Temple of Heaven is surrounded by lush vegetation and is one of the most sacred buildings in Beijing. There are two buildings in the shape of a rectangle and the other a semi-circle represent Heaven and Earth.

Dating back to a ceremony done by the emperor on the day of the winter solstice, the emperor would ascend the heavenly altar to pray for a good harvest. It was here he would offer sacrifices in the Hall of Prayer for Good Harvests.

The Temple of Heaven is brightly colored from its roof tiles and sits on a three-tier marble terrace. A plaque with the dragon and the phoenix stone sits on the marble floor, symbolizing the emperor. 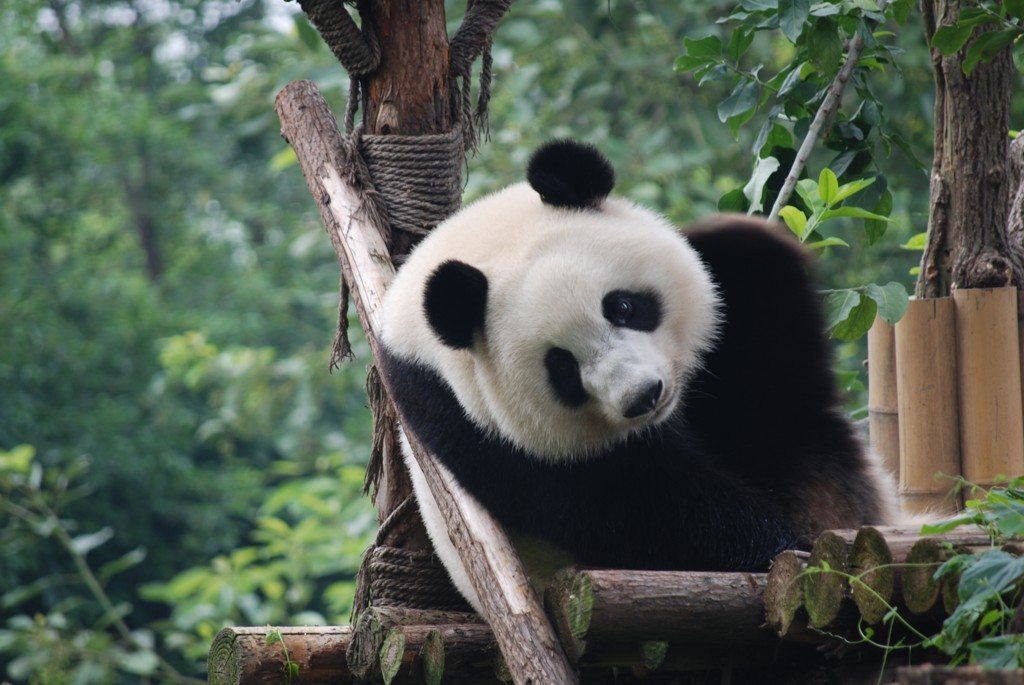 Another must-see while in Beijing is the Beijing Zoo. Being established in 1906 makes this one of the oldest zoos in the city.

The zoo spans more than 220 acres and consists of more than 15,000 animals and 1,000 species. A variety of rare and not-so-rare animals can be found inside, surrounded by what closely resembles classical Chinese gardens. Included in these surroundings are gazebos, meadows, streams, and terraces.

Be sure to purchase a combo ticket to the panda house as well, and don’t forget to check out the well-stocked aquarium.

With its origins being traced back to the Yuan Dynasty of the 13th century, The Imperial Palace is also known as The Forbidden Palace. It earned its nickname after being home to 24 Ming and Qing Emperors, making it inaccessible to ordinary citizens.

The building is 720,000 square meters and is surrounded by a 10-meter-high wall. This wall includes towers in four corners and a moat 50 meters wide.

The Lama Temple is Beijing’s best-preserved and most attractive temples in the city. After being used as a political building back in 1745, the building now serves as a museum filled with statues and impressive artwork.

Some highlights to look out for during your visit are: Hall of the Kings of Heaven, Pavilion of the Four-Tongued Stele, Hall of the Buddhist Wheel, and Pavilion of Four Thousand Fortunes.

Another temple, this one seeing the most important historical events in the city, is next on our Beijing attractions list.

The Fayuan Temple dates back to the year 645 AD and has many halls where ancient inscriptions are kept. Along its journey, the temple has become a place of worship and has many other highlights worth noting.

One of which consists of 18 figures representing Buddhas of the past, present, and future in the Mahavira Hall.

If you are looking for something more picturesque with less history, check out Coal Hill Park. It boasts some of the best views of Beijing and is a short distance from the Imperial Palace. Included in its view are sights of Beihai Park Lake and the Forbidden Palace.

In addition to its man-made hills, gardens, and walkways is an acacia tree; this tree is said to have been the place the last Ming emperor supposedly hung himself.

The 2008 Olympics were held at the Beijing National Stadium and is well worth the trip to see in person. With impressive architectural designs, it gives guests a place to see events such as operas, concerts, and sport matches.

At night the nearby attraction National Aquatics Center is lit up and resembles a giant ice cube. Part of the building has also been turned into a water park.

It was built to celebrate China’s 10th anniversary of the Chinese Republic and houses museums, statues, and other impressive sights for tourists and locals alike to gaze upon.

Traveling to Beijing gives you a lot of places to visit and learn about, especially with the history of so many buildings and temples.

Getting around to seeing everything could be overwhelming; consider using a car rental service during your visit to make it more enjoyable and memorable.

Let us help you make the trip of a lifetime; visit our website, check out our services, and contact us with questions.