Top 10 Things to Do in Riyadh, Saudi Arabia 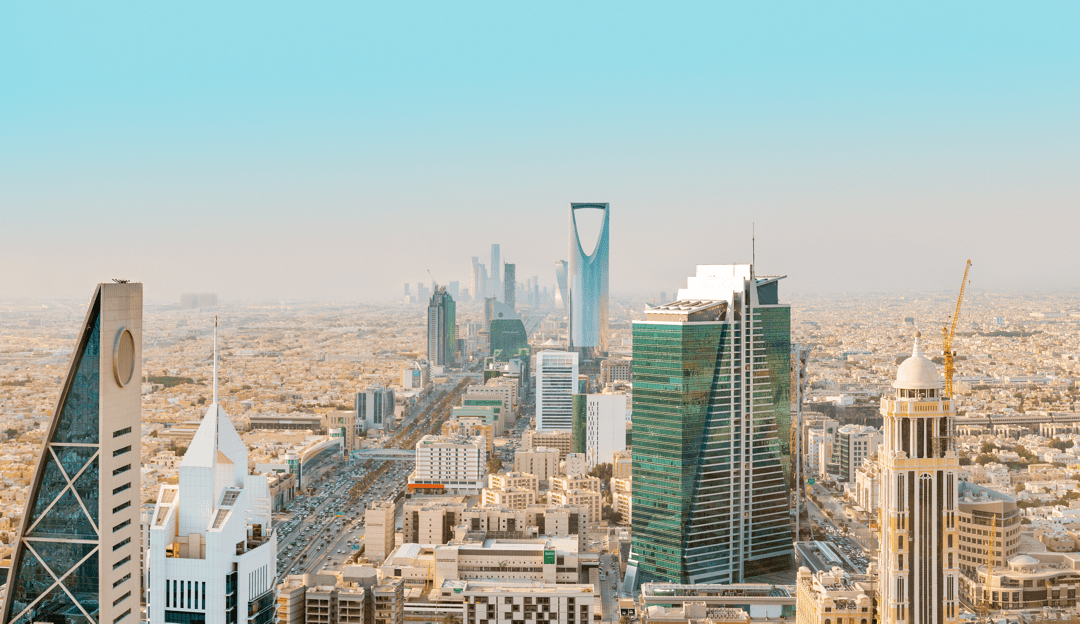 Are you traveling to Riyadh, Saudi Arabia soon? If so, read on to learn about the top ten things to do here.

If you’re headed to Riyadh, you’re in for a treat. The city is situated on a plateau in the heart of Saudi Arabia. It occupies much of the Arabian Peninsula, with coastlines on the Persian Gulf and the Red Sea.

Since the 1930’s, the city has transformed into a sprawling modern hub. It’s home to stunning towers, modern highways, and approximately 4,000 mosques.

The country of Saudi Arabia opened to visitors in the spring of 2018, after a long hiatus during which no visitor visas had been issued.

Now, Riyadh is eager to introduce the rest of the world to its unique beauty and culture.

There’s plenty of interesting things to do in Riyadh. While you’re there, you won’t want to miss its most spectacular sights.

Read on to find out what to do and where to go while visiting Riyadh!

The 10 Best Things to Do in Riyadh 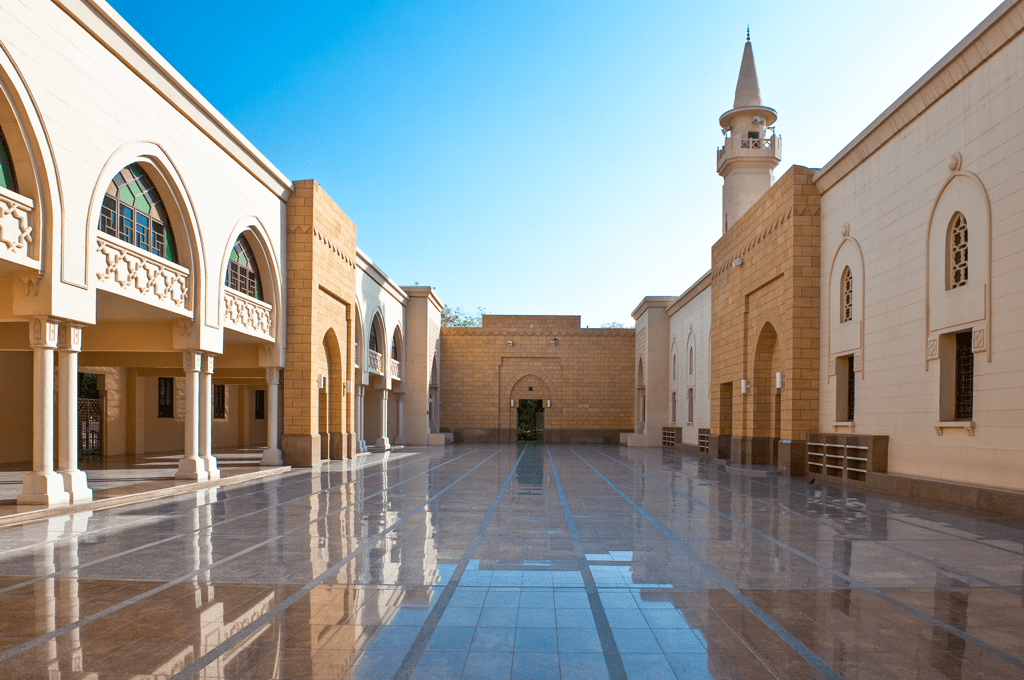 Saudi Arabia is known as the birthplace of Islam, and Riyadh follows the religion’s conservative traditions and customs. Before traveling to the country, be sure to read up on Saudi’s cultural norms, which apply to visitors, as well as residents.

As one of the wealthiest cities in the world, Riyadh is the perfect destination for luxury tourists who want to soak in its beautiful buildings, parks, and scenery. And, there are plenty of top-notch hotels, restaurants, and shopping venues to choose from while you’re there, too.

Here is our list of the top 10 recommended sights to see and things to do on your trip to Riyadh.

Wadi Namar is an unusual stretch within the city that’s perched atop a 2-km long dam.

There, you will find sprawling green spaces, trails, and hills where you can walk or bike. Or, if you just want to take some time to relax, you can sit by the lake and feed the ducks as they swim past.

While the adults enjoy some leisure time, there is also a spectacular play area and a bouncy house to entertain the kids.

The Al Rahji Grand Mosque is one of the most beautiful mosques in the city. Regardless of your religious heritage, you will be in awe of the grand architecture, fountains, and avenues surrounding the famous landmark.

Plus, you will have the opportunity to observe the country’s customary traditions and learn more about their belief system here.

The Al Rahji Grand Mosque is ranked as one of the top recommended spots by tourists. It’s a must-see for anyone who visits the city.

The enormous fort, built in 1865, is one of the most telling historic landmarks in the city.

Surrounded by sand, the Al Masmak Fortress empire was the target of Ibn Saud’s 1902 raid, during which a spear was thrown that remains lodged in the door today.

Guests can meander along the displays, which include a range of historical Saudi photographs in lavish galleries that were once the fort’s living rooms.

Just behind the Al Masmak Fort is a delightful marketplace filled with vendors selling gifts, souvenirs, toys, and more. Prices are relatively reasonable for the items, and many of the dealers are willing to negotiate on individual sales.

The National Museum is a vast collection of Saudi Arabia’s oldest manuscripts, artifacts, documents, and cultural displays. The museum holds many of the country’s royal history, including items belonging to past kings.

Visitors can spend hours here viewing the antiques and learning about Saudi history.

Plus, many of the historical texts housed here are accompanied by English translations to accommodate the museum’s English-speaking visitors. Also, since there is no cost for the admission of children, it’s a great bargain for families.

If you’re the adventurous type, Heet Cave offers a truly one of a kind experience that you’ll definitely want to add to your itinerary.

The Heet Cave is actually an amazing oasis planted in the middle of the desert. Visitors are invited to snorkel, dive, and swim among one of the largest underground caves in Saudia Arabia.

Visitors are encouraged to wear rubber shoes for the trek down to the swimming hole. But, once you get to the lower edge, you can explore the spectacular cave while swimming in the deep blue waters. And, we think that’s quite a trade-off. 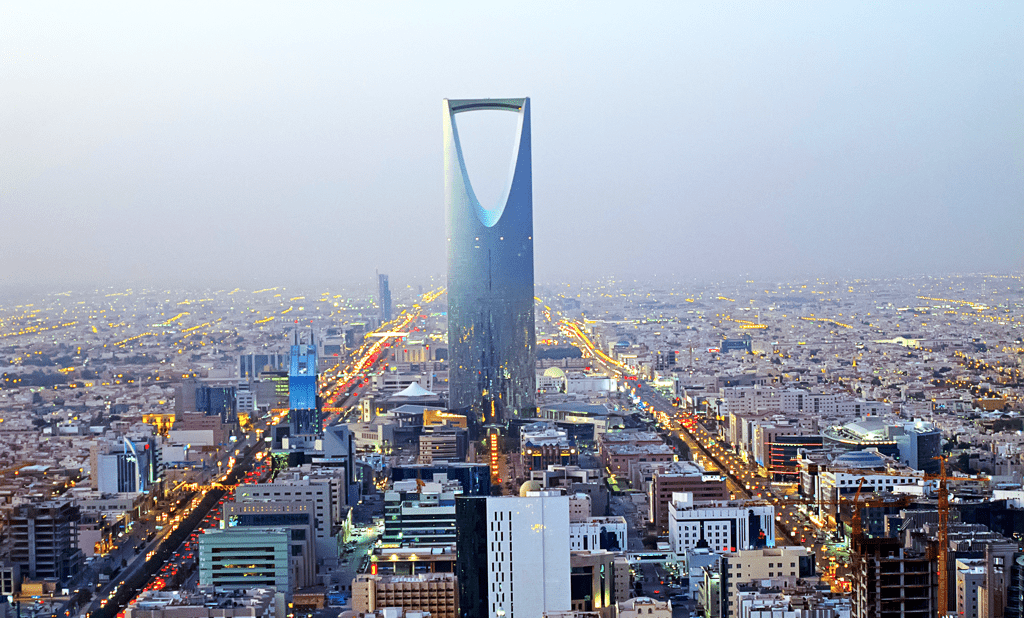 Visitors can venture over to the Sky Bridge, which is one of the most amazing views of the city anyone could hope for. It also is home to a few high-quality hotels, some with the option of eat-in dining if you happen to arrive hungry.

There are a lot of malls in Riyadh and the surrounding areas, but this is one of everybody’s favorites.

It’s classy, and huge. And, it has tons of great stores and restaurants. It’s definitely a new kind of “mall experience” for most tourists who’ve never visited Saudi before.

Al Safi Dairy Farm may come as a surprising twist when compared to the rest of our list. But, that doesn’t make it any less interesting.

As the world’s largest integrated farm, the Al Safi Dairy Farm is listed in the Guinness Book of World Records.

You can tour the grounds by bus, see how a working farm operates, and kids can even touch and bottle-feed the cattle. It’s educational and admission is free, so it’s a perfect place for families who are traveling with their children.

This beautiful, park is full of energy, color, and excitement for all ages. Its spacious design includes a play area for little ones, a skating rink, musical fountains with a night light show, green space, snack shops, a children’s train and more!

You can bring in a picnic, find a good seat by the lake and take in the light show extravaganza after the sun sets. Come early and you’ll find that there’s plenty to keep you busy prior to the show’s start time.

If you need assistance organizing your trip’s details, we can help. Whether you’re looking for accommodations, transportation services, or things to do in Riyadh, we’re your one-stop shop for smooth travels.

Find out more about us and book our services for your next trip!