The Top 10 Best Things to Do in Larnaca, Cyprus 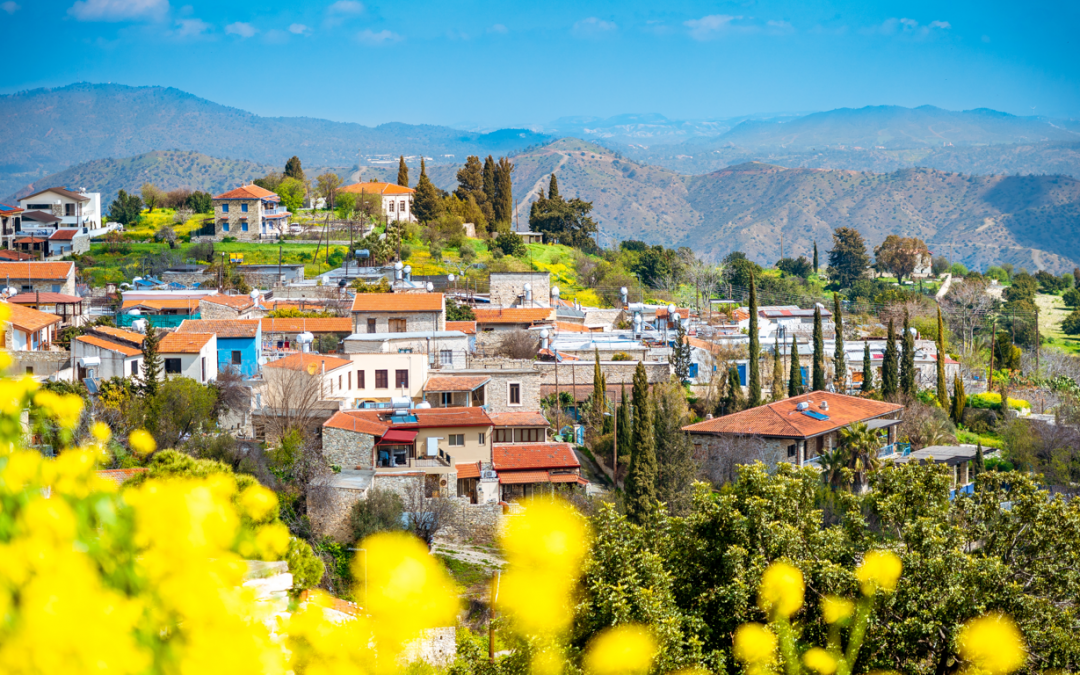 If you are traveling to Larnaca, there are many activities to do and places to see. Click here for a list of things to do in Larnaca, Cyprus.

Larnaca is an ancient port city located on the south coast of Cyprus. Aside from its incredible beaches, there is more to this Cyprian city than its clear blue waters and fine weather.

Larnaca is steeped in history and littered with many historical relics which will take you as far back as the grand Ottoman Empire and even the third century, AD.

If you’re planning your next vacation around the Cyprian coastline, be sure to add this fascinating city to your itinerary. Here are 10 things to do in Larnaca during your visit…

10 Fascinating Things to Do in Larnaca, Cyprus 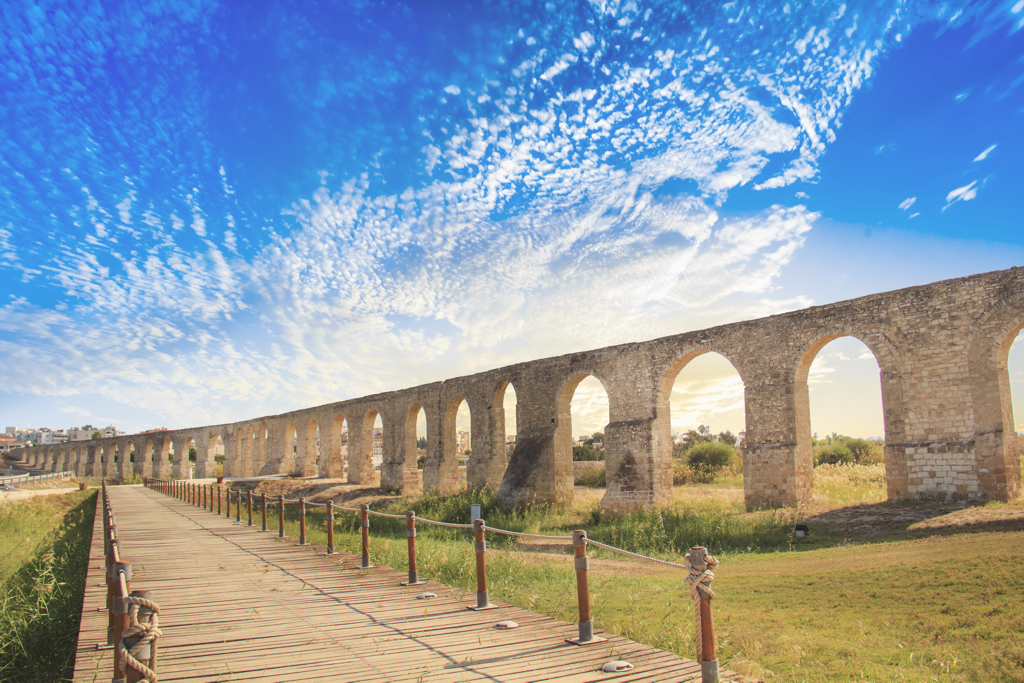 While Larnaca is well-known as a premier seaside resort city in Cyprus, it’s also a history and outdoor lover’s dream destination.

The city’s long stretch of golden sand beach is backed by a seafront promenade, lined with tall palm trees and plenty of accommodation. But head a little inland, and you’ll find a plethora of ancient relics in the Old Town and crumbling Turkish quarter.

Here are 10 of the best sites you absolutely cannot miss:

This is undoubtedly one of the most serene spots in all of Larnaca and is an important place of pilgrimage for Muslims.

This grand mosque dates back to the Ottoman Empire and was built in 1816. It is said to be dedicated to the prophet Muhammad’s wet-nurse, Umm Haram. Originally a shrine was built in her honor in AD 645.

During your visit, you’ll also get a chance to catch sight of Larnaca’s famous salt lake which is now a nature reserve. It is usually frequented by large flocks of flamingos and ducks, ringed by a walking track that leads back to the Mosque.

2. The Beaches of Larnaca

If anything, this region of Cyprus is well-known for its beautiful beaches and quiet, secluded coves- ideal for sunbathing.

Naturally, Larnaca’s beaches are jam-packed during the summer months from May-September. Some of the city’s most popular beaches include Finikoudes Beach, which is situated along the main promenade of the city. If you’re looking something a little quieter, Mackenzie Beach, just two kilometers south from the center, is a must-visit.

If you prefer to be completely crowd-free, then Cape Kiti Beach and Perivolia Beach are worth the drive. They are both approximately 15 kilometers from Larnaca and boast their own secluded coves.

On the topic of beaches, Cyprus’ most famous beaches of them all are located around the town of Agia Napa.

One of the most renowned spots is Nissi Beach, but this can also become overly crowded with locals in the summer. For something a little more family-friendly, head to Kermia or Konnos Beach, just two kilometers away.

The sea is far calmer at these beaches and the flawless, golden sands will make you feel like you’re in complete paradise.

If you’re looking for a bit of outdoor exercise and stunning views to match, then head to the coastal hike around Cape Greco.

Located between Agia Napa and the town of Protaras, Cape Greco is the most southerly point of Cyprus. As such, the hike offers incredible panoramas of the coastline and azure blue waters of the Mediterranean.

The entire region is a national park and offers plenty of trails that wind around the island’s southern tip. Wildflower enthusiasts will also get a chance to enjoy the region’s natural display of wild orchids. The entire hiking trail takes approximately three and a half hours.

This may one of the most popular and sacred sites in all of Larnaca. The Agios Lazaros is the tomb of the 9th century Saint Lazarus, who is believed to have risen from the dead.

The church itself was built in the 9th century by Emperor Leo VI and restored back its wonderful glory in the 17th century. It is popular for its ornate Baroque woodcarvings, known as the iconostasis. But aside from this, you can also visit the Tomb of Lazarus itself.

If you haven’t had enough of a historical fix, the Byzantine Museum is situated just across the courtyard from this famous church.

The Kamares Aqueduct is found on the outskirts of town and was originally built way back in 1746 to supply the city with clean, potable water. It was used until the early 1930s, then decommissioned.

The aqueduct itself is comprised of an impressive engineering system of tunnels that were constructed to deliver water to the city. It was styled on typical Roman-era aqueducts under the orders of the Ottoman governor at the time.

The aqueduct is a truly impressive sight with its 33 grand arches stretching across the green fields, grazing with sheep. The best time to visit, however, is in the evening when the 33 arches are lit up in all their glory.

7. The Ghost Town of Famagusta

You’ll need to remember to pack your passport for this full-day activity, but it’s definitely worth the journey!

Hop onto an organized tour to the town of Famagusta where you’ll cross the UN-patrolled border of northern Cyprus for the day. These tours typically include stops at the fascinating Salamis Archaeological Site, first.

Salamis was once the capital of the island and considered the most important city in Cyprus for over 1,000 years. As such, the culture, history, and archeology are considered some of the most relevant in Cyprus to this day. Here your tour guide will explain the rise and demise of the Greek Kingdom.

After your visit to Salamis, you’ll head to St Barnabas church and tomb and a short walk to the iconic Constantia Beach. Then, onto the mysterious ghost town that is Famagusta.

The town was once a bustling seaside resort but was quickly abandoned after the Turkish invasion in 1974. Since then, Famagusta has remained completely empty, even sealed behind barricades and barbed wire dating back to the invasion.

Located just off the coastline is the infamous shipwreck of the Zenobia ferry. It sank in rather mysterious circumstances on its maiden voyage in 1980. According to reports, the ferry sank due to excess water being pumped into the ballast tanks by a computer malfunction.

Since then, the shipwreck has become a major attraction for both snorkelers and scuba-divers alike. The waters off the coast are so clear that you don’t even have to dive under the water to view the shipwreck. You can simply take a glass-bottomed boat tour over the site.

A large draw to the site of this shipwreck is the mystery that still surrounds the cause of the sinking and the vessel’s cargo. It is believed the ferry was carrying hundreds of millions of dollars’ worth of cargo that has never been reclaimed. This is despite the fact that the shipwreck is only 50-140 feet below the water’s surface. 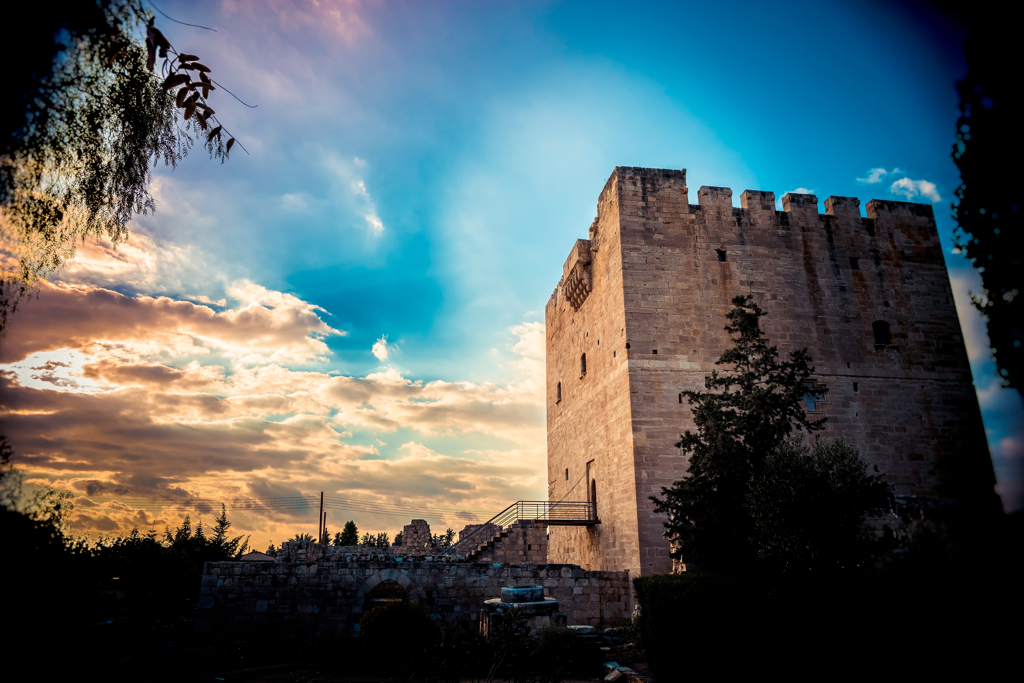 The Kolossi Castle is over 700-years old and is well-known as the birthplace of the world’s oldest wine. Legend has it that Richard the Lionheart toasted to his own wedding with this wine in this very castle.

As history goes, Richard the Lionheart celebrated his conquest of Cyprus by marrying a Spanish princess at Limassol Castle, just nearby. He ordered hundreds of barrels of wine from the village of Kolossi for the celebration.

The wine was known as Commandaria, is still in production today. As such, it is the world’s oldest manufactured wine made famous by Richard the Lionheart and Kolossi Castle.

The Kolossi Castle was then used as a military base for the crusading Knights Templar as they occupied Cyprus.

Tomb of the Kings is one of the most ancient sites in all of Cyprus, not just Larnaca, dating back to the third century, AD.

It is an ancient necropolis containing a number of large tombs, said to contain the remains of wealthy aristocrats and officials. The name, however, is an ode to the grandeur and beauty of the tombs.

The tombs are incredible sight with their elaborate, decorative walls and columns carved out of the surrounding solid rock. Today, the site has been dubbed a UNESCO World Heritage Site.

You will also have a chance to marvel at ancient archeological ceramics that were often buried with the dead, dating back to this period too.

Travel the World with AssistAnt Expertise

Now that you know a little more on the top things to do in Larnaca, allow AssistAnt to be your global travel concierge for stress-free travel.

Travel the world in style and allow the expertise of AssistAnt to do all the hard work for you. Learn more about how we can change your travel experiences, here.