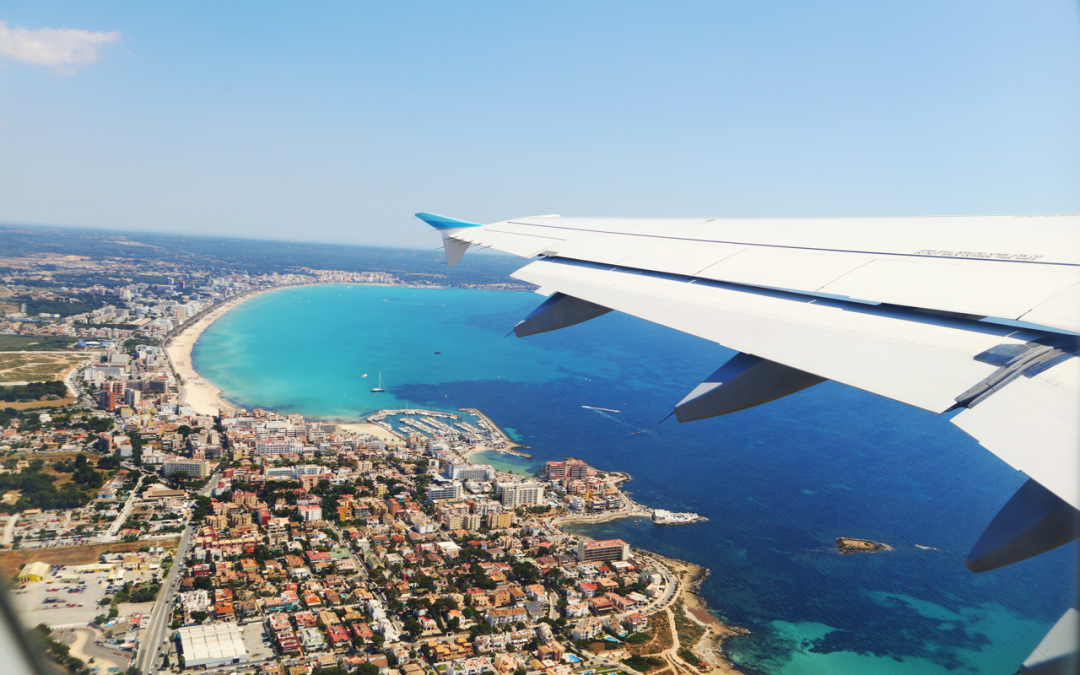 Palma is a dream destination with endless possibilities for enjoyment. We share the best spots you need to visit for the perfect weekend in Palma de Mallorca.

14 million foreign visitors traveled to the Balearic Islands in 2018.

Mallorca is a popular destination for many groups of people from investors all the way to families looking for summer fun. The island has 300 days of sunshine making it a hotspot for many outdoor enthusiasts.

Palma De Mallorca is the capital city of this beautiful island and just like the rest of the island, it is a favorite with visitors. But in a large city of over 400,000 people, you need to know the best spots to hit on your visit for maximum fun.

Here are some places you should visit when in the city. 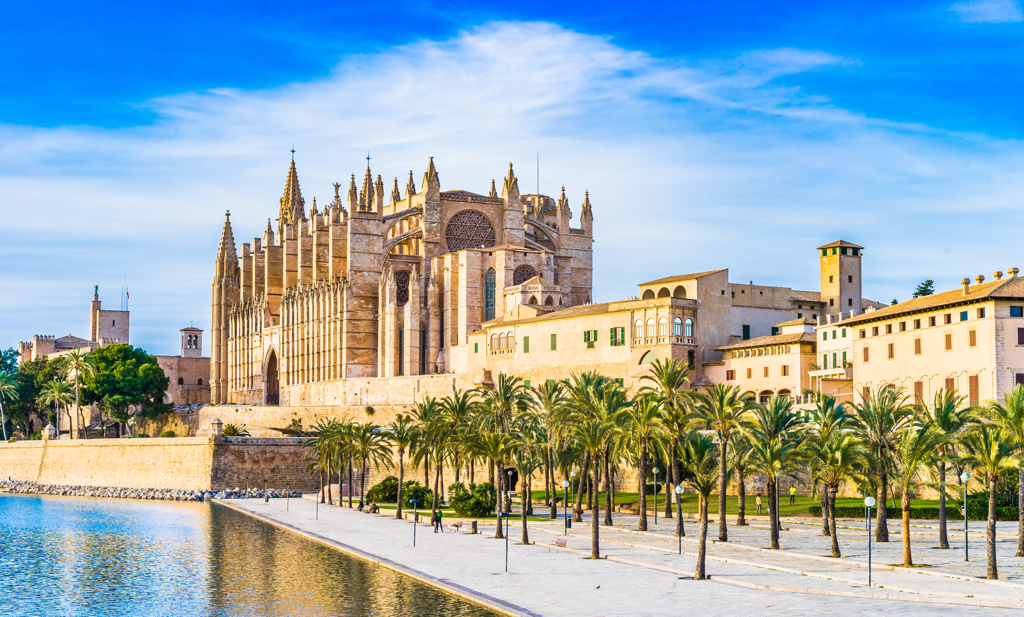 The Santa María Cathedral, commonly referred to as La Seu or the Palma cathedral, is a must-see destination when you are in the city.

As you enter Palma, it is almost impossible for you to miss sighting the massive cathedral.

It features an enthralling history which led to its existence. The King of Aragon at the time, Jaume I, faced potential demise in a storm while on his way to take the island from the Moors.

In the midst of this danger, he made a vow to the Virgin Mary that if he arrived safely and completed his mission he would put up a magnificent church in her honor. He did not go back on his word.

The result was an imposing monument featuring breathtaking Gothic architecture that took 400 years to build.

Not only is La Seu one of the biggest Spanish cathedrals but it boasts having the largest rosette in the world which has a diameter of almost 11 meters.

Its floral ornaments made of colored glass (along with the other glass pieces totaling 1,200) were crafted in the 11th century. You can’t but marvel when the light hits them just right.

When you are planning a visit to La Seu it is most advisable to include a city stroll in your itinerary.

Walking the narrow streets behind the cathedral will slow your pace as you take in the small shops, quaint courtyards and churches all around.

The S’Hort Del Rei is a medieval garden found outside the walls of the Almudaina Palace. The palace was in existence up until the 19th century when it was overtaken by modern development.

During the reign of King James II of Majorca in the 14th century these gardens were part of the crown jewels of the city.

Fruit trees, vegetable gardens, and flowers flourished in all their glory while rabbits found a perfect breeding spot.

The 1960s brought about sweeping winds of change in the form of the restoration of the areas surrounding the Almudaina Palace.

The renovations fused traditional Majorcan garden elements like pergolas with Andalusian inspired features like ponds with fountains. The result is a layout today that bears little relation to the medieval one.

The Plaza de Cort is a charming yet small square of Plaça Cort found in the heart of the city.

The square is known as ‘Cort’ because the feudal court used to gather here. Nowadays it is the epicenter of many of the town’s fiestas.

The town hall dominates the Plaça despite being built between 1649 and 1680 by architects Bartomeu Calafat, Pere Bauçá, and Miquel Oliver. Its modern day facade features Mannerist and Baroque style decor.

At the center of the court is a famous attraction known as the ‘Olivera de Cort’. The ‘Olivera de Cort’ is a tree which is 600 years old and was gifted by the Pedruixella Petit Estate in Pollensa as a symbol of peace back in 1989.

The olive tree stands 7 meters tall and is a huge draw for tourists. Visitors who come to see it often try to spot faces on its trunk including an ear better known as the ‘Orella de Mallorca.’

The Arab baths go as far back as the time between the 10th and 12th centuries. The baths were constructed based on antique elements.

It is also believed that they were built by recycling capitals from previous eras that include the Roman, Muslim, and Byzantine times.

The Arab baths, otherwise known as the Banys Arabs are an oasis 3 minutes away from the cathedral of Sa Seu.

They are believed to have been the property of an Arab nobleman. Being located near to what used to be the main mosque in the city at the time is one reason why this may be true.

When you look at the columns you will find that they are all different. Most likely they were salvaged from different ruins of Roman buildings – an early example of recycling.

The garden in the Arab baths is refreshing. At any given time, you will find many people coming to visit them and commune among the orange trees, palms, wildflowers, and cactus within.

Bellver Castle, also known as Castell de Bellver, has been standing for an astounding 700 years.

The caste got its name from the Catalan word for ‘lovely view.’ From its commanding hilltop vantage point west of the city, you understand why that name stuck.

Castell de Bellver’s history includes its use as a royal summer residence. Notably, it was also used as a prison for nearly six centuries with the last stint being in 1915.

The prisoners who were held at the castle including King Jaume IV never got to take in the breathtaking view that tourists to the caste today enjoy.

When Franco the dictator came into power he used the caste as a prison for a short period. The World War two era also saw it briefly used for the same purpose.

Today, the castle is used for strikingly different purposes. It plays hosts to concerts in its impressive courtyard which is a must see when you are on a road trip through Europe or a bus tour of the city.

Castell de Bellver differs from other Spanish castles because of its round shape. The 360-degree panoramic view makes it the perfect climax to a walk around the moat and then up to the roof.

The castle nowadays also plays home to Palma city’s museum of municipal history. Take a peak to trace the city’s development via its artifacts.

The Royal Palace of La Almudaina is located opposite the city’s other imposing and notable site which is the Santa Maria Cathedral.

The word ‘Almudaina’ is derived from the Arabic word meaning ‘fortress.’ It is the Talaiots who discovered the site’s defensive capability.

The Romans followed suit later and used it for similar purposes before the Moors came along.

When Christians in the 13th century took control of the island, they set about destroying many of the Moorish features. During King Jaume II’s time in power, the palace took on the Levantine Gothic style.

When you walk down its halls, you will notice so many styles captured in the walls.

The many conquerors who sought refuge in the palace added their style influence creating layer after layer of design that came together in a mix.

The swans gliding across the lake in the gardens give the palace a very peaceful air about it. You would be forgiven to wonder if any fighting ever took place here.

As an inadvertent echo to the palace’s past, it now serves as the Balearics military command on top of being a museum.

In addition, the King and Queen of Spain use it as their official residence. But don’t expect to catch a glimpse of them as you visit the palace since they spend most of their time at the Marivent residence.

Paseo Del Borne, or Passeig des Born in Catalan, is arguably one of the city’s most elegant avenues.

There is a regular hum of activity as people come in from Avenida Jaime III and Carrer de la Unió which are two busy high streets.

If you’re in the city and find you want to splurge, then Paseo Del Borne will scratch that itch for you.

Famous brands such as Mulberry, Rolex, Carolina Herrera, and Rolex pitch camp there giving the area its nickname the golden mile.

After a hearty round of shopping, you can dine at some of the high-end restaurants available. A handy tip to fine dining in the city is to use a concierge service to access restaurants with hard-to-get reservations.

When you need to soak in the sun as you take a leisurely stroll then Paseo Marítimo will be the perfect location to visit.

The promenade runs parallel to the city’s seafront and is open for cyclists as well. When the evening sets in, you can join hundreds of other tourists in singing and dining under the stars.

Visitors throng the Balearic Islands every year with Mallorca being quite a favorite. While there are many spots to spend time in when you’re in Palma De Mallorca, some places are more memorable than others.

AssistAnt has been making client travel wishes come to true in the past ten years. Contact us today to take the hassle out of your trip to Mallorca.