Things to Do in Buenos Aires: Your Ultimate Guide to Luxury Experiences 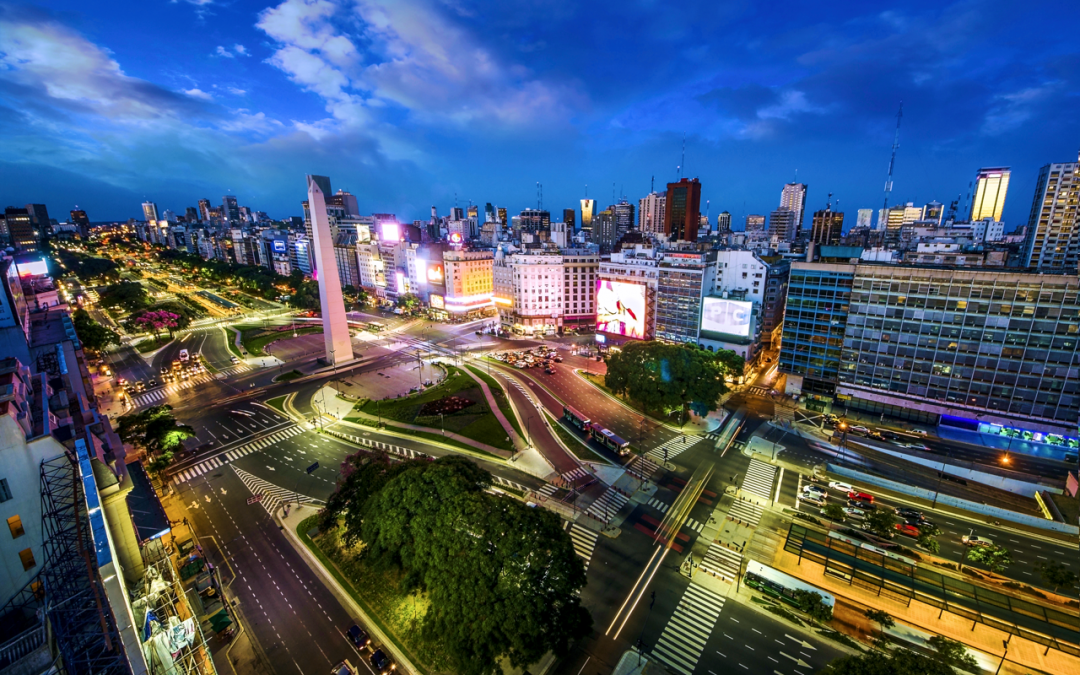 When it comes to things to do in Buenos Aires, we have got you covered. Consider this your ultimate guide to luxury experiences in the Argentina capital.

While it’s often called the Paris of the South, even the experience of a Parisian summer can’t compete with the radiance and passion you’ll find during a vacation in Buenos Aires.

Old world glamour blends with the new in this thriving city, where cafes, cobblestone streets, and stunning architecture will soon have you mesmerized.

From traditional tango shows to chic hidden bars, there are no shortage of things to do in Buenos Aires, especially if you’re looking for a luxurious experience in the Argentina capital.

Check out this ultimate travel guide to Buenos Aires to find out more!

January and February are the hottest months with temperatures averaging 86°F (30°C), although the humidity can often make it feel hotter. July is the coldest month with an average temperature of 44°F (7°C).

While Buenos Aires is stunning all year round, spring (from September to December) and fall (from April to June) are the best seasons to visit the Argentina capital. Temperatures are mild during these periods, plus you’ll find fewer crowds, as well as shorter waitlists at exclusive events and locations. 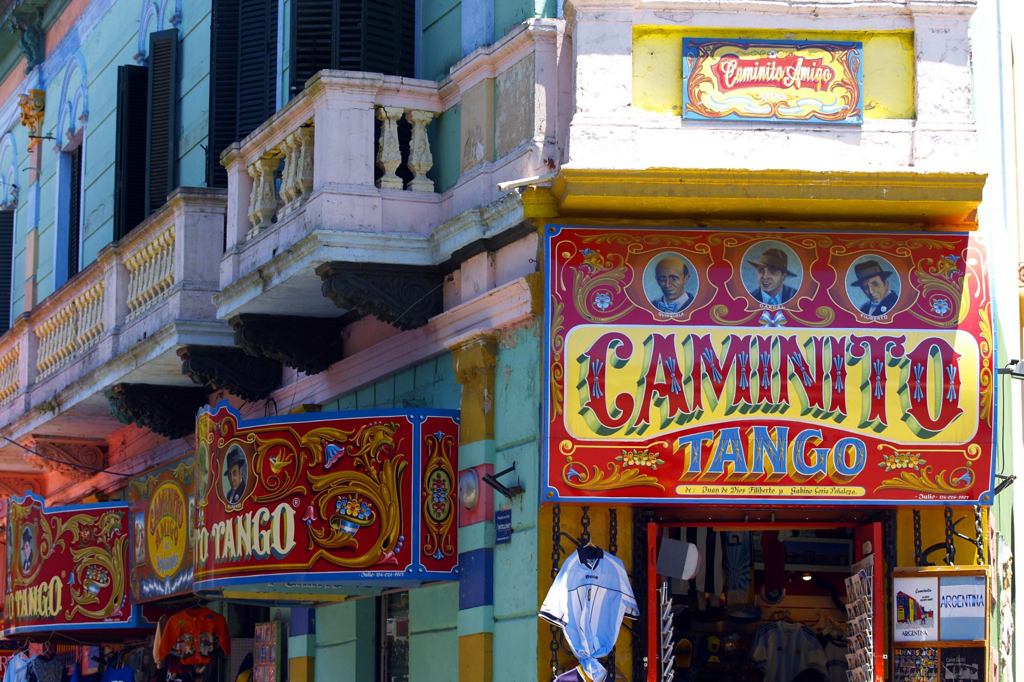 There are several airports in Buenos Aires, including the Aeroparque Jorge Newbury and the Ministro Pistarini International Airport.

While both of these are Buenos Aires international airports, the Ministro Pistarini International Airport (EZE) is the main destination for all international arrivals from outside South America. As such, you’ll be thankful you booked our EZE airport VIP services when you touch down in this bustling airport.

With almost 10 years of experience in supplying global VIP services in Buenos Aires, we know what our clients want when they come to the Argentina capital.

Sleep-deprived arrivals and Argentina travel plans are a whole lot easier with us helping you through customs, luggage pickups, and passport control. Forget the chaos of international travel and leave it to us to organize every step with total convenience guaranteed. And then, when you’re ready, we’ll escort you to wherever you’re headed in Buenos Aires.

Buenos Aires is a sprawling metropolis but most Argentina tourist attractions are all within a few central barrios of the city. And the hotels in these distinct neighborhoods often reflect their surroundings.

For optimal sightseeing opportunities in a luxurious setting, the best neighborhoods to stay in are Puerto Madero and Recoleta. Palermo, on the other hand, is a leafy, hip neighborhood that boasts the best bars, boutiques, and boliches (nightclubs).

Some of Buenos Aires’ more exclusive properties include the Palacio Duhau Park Hyatt in Recoleta, the boutique Mine Hotel in Palermo Soho, and the Faena Hotel in Puerto Madero.

Things to Do in Buenos Aires

For the ultimate in stress-free travel, our lifestyle management services will make your stay in Buenos Aires even better than you could have imagined.

From getting you a table at the most exclusive restaurants to arranging your transport, we’ve got it covered. As a result, you’ll have more time to explore and enjoy the city. Here’s the ultimate guide to the best that the Argentina capital has to offer:

As with any city break, there are a wealth of key sites to tick off when visiting Buenos Aires:

Number one on the list of essential sightseeing spots has to be Plaza de Mayo. Here you’ll find Argentina’s version of the White House, La Casa Rosada. Other notable buildings here include El Cabildo and the Catedral Metropolitana, where Pope Francisco conducted mass for more than 20 years.

One of Argentina’s most famous symbols, el Obelisco, is a short walk away, as is Avenida Corrientes, which boasts Buenos Aires’ top theaters. Also, close by is Puerto Madero, the slick urban center that’s home to luxurious restaurants, top shopping destinations, and a nature reserve.

Aside from the Livraria Lello in Porto, bookstores aren’t usually tourist attractions. But El Ateneo Grand Splendid is also a former theater, complete with the original balconies and ornate decor. As such, it offers a dramatic and beautiful setting for you to pick up a paperback, or pose for a photo.

Another theater that you should visit while you’re in the center of BA is the Teatro Colón, one of the world’s most famous opera houses. Built in 1908, the theater boasts an eclectic architectural style and great acoustics. Take one of the theater’s 50-minute tours to appreciate the stunning interiors, and catch a rehearsal if you’re lucky.

Located in the upscale neighborhood of Recoleta, this stunning cemetery is another BA must-see. The cemetery includes an array of architectural styles, including art deco, baroque, and neo-gothic. Tree-lined paths take you past more than 6,000 mausoleums, crypts, and statues, including that of Eva Perón, better known as Evita.

Also in the Recoleta neighborhood is Plaza Francia, an area of greenery that’s perfect for whiling away a few hours on a sunny day. Musicians and tango dancers perform in certain areas of the plaza, while there’s an artisan market every weekend.

Also known as the Bosques de Palermo, this park offers a tranquil slice of nature in the middle of bustling BA. If you’re visiting in the spring, you’ll have the opportunity to see the displays of Jacaranda trees and their purple petals scattered on the ground.

While street performers will entertain you with tango moves in La Boca and Plaza Francia, no visit to Buenos Aires is complete without seeing a live milonga (tango show). El Viejo Almacen and La Ventana in San Telmo, Cafe de los Angelitos in the center, and Rojo Tango in Puerto Madero all come highly recommended.

If you go elsewhere for a tango show, make sure to pay San Telmo a visit while you’re in Buenos Aires. As the capital’s oldest neighborhood, it has an inviting mix of the old and the new, with antique shops, colonial architecture, trendy bars, and a thriving nightlife scene.

Buenos Aires’ gastronomic offerings aren’t limited to the world-class beef that Argentina is most famous for. The country’s cuisine blends influences from Italy, France, Spain and beyond, resulting in a unique taste and a range of different specialties.

Buenos Aires isn’t called the Paris of the South for its stylish architecture alone. Porteños also enjoy tucking into pastries for breakfast, although here they’re called facturas. Visit the quaint boulangerie, Le Moulin de la Fleur near Recoleta Cemetery for some delicious medialunas and a coffee.

La Brigada Parrilla in San Telmo is popular with tourists, celebrities, and gourmands alike. Enjoy top cuts of prime Argentine beef and a glass of malbec at this classic steakhouse.

Other great options for meat lovers include La Carnicería and Don Julio in Palermo Soho, and Cabaña Las Lilas in Puerto Madero.

While Italians would no doubt disagree, anyone who’s been to Buenos Aires will testify that Argentine pizza is possibly the best in the world. Near the Obelisco, you’ll find Pizzeria Güerrin, where even their classic margarita pizza is a taste sensation.

Although Buenos Aires isn’t one of the grape-growing regions in Argentina, you can expect to try some of the best the country has to offer in the nation’s capital.

Vico Wine Bar in Villa Crespo is a stylish wine-tasting spot. Rather than choosing from a menu, you’ll have the chance to browse the labels and serve yourself from one of the 140 available varieties. Another option is the Vinoteca at the BA Park Hyatt. The hotel’s cellar boasts over 7,000 bottles of Argentine wine for you to sample.

This concept is a popular trend in Buenos Aires, where the most glamorous cocktail bars and speakeasies are often hidden behind unassuming false walls.

Palermo is full of hidden bars, including Frank’s, Uptown, and Harrison’s Speakeasy, while Florería Atlántico in Retiro is one of the best speakeasies in BA. Chic and private, these bars will transport you to a different era with their opulent decor, debonair waiters, and extensive cocktail menus. 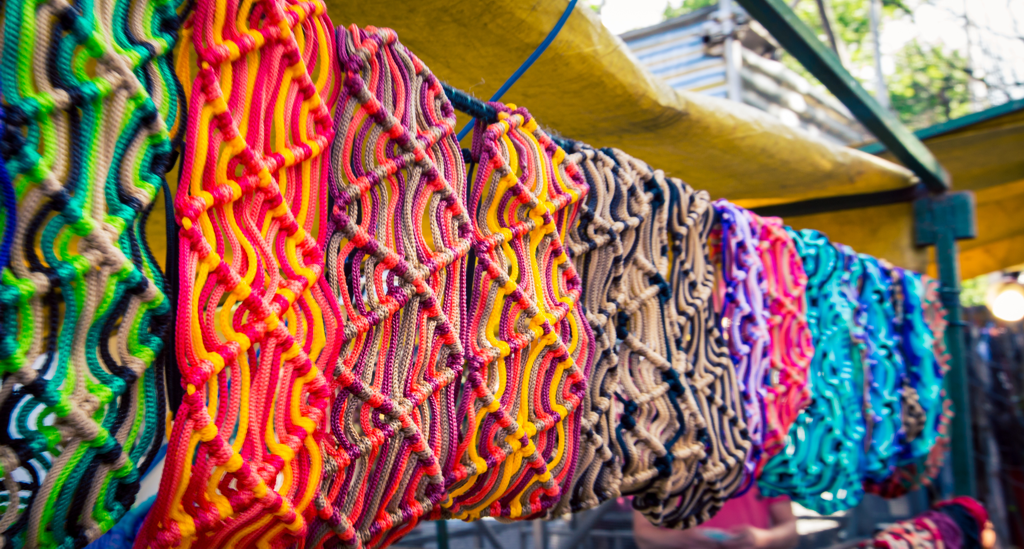 This stylish city is also a great place to pick up souvenirs.

Argentina is famous for its quality leathers. Head to Murillo Street in Villa Crespo for specialist leather stores. Or, check out the weekend market at Plaza Francia for artisan leather goods such as wallets, book covers, and bags.

The market here is also a great place to discover unique gifts such as batik prints, silver jewelry, and ornaments. Another perfect souvenir to take back home with you is a mate kit, used to drink yerba mate, a traditional South American infusion.

For random finds and unique souvenirs, head to the Mercado San Telmo, or browse the stalls of the Feria de San Telmo antique market if it’s Sunday.

As this guide on things to do in Buenos Aires shows, the Argentina capital is full of unmissable experiences.

But, with so much to see, it can be stressful trying to fit everything in – especially if you have pets, children, or other considerations.

This is where we come in. We’re here to help you make the most of your vacation and ensure that it’s the luxury experience you deserve. For more information, feel free to contact us with any questions or queries.