Getting Around in Beijing: Everything You Need to Know 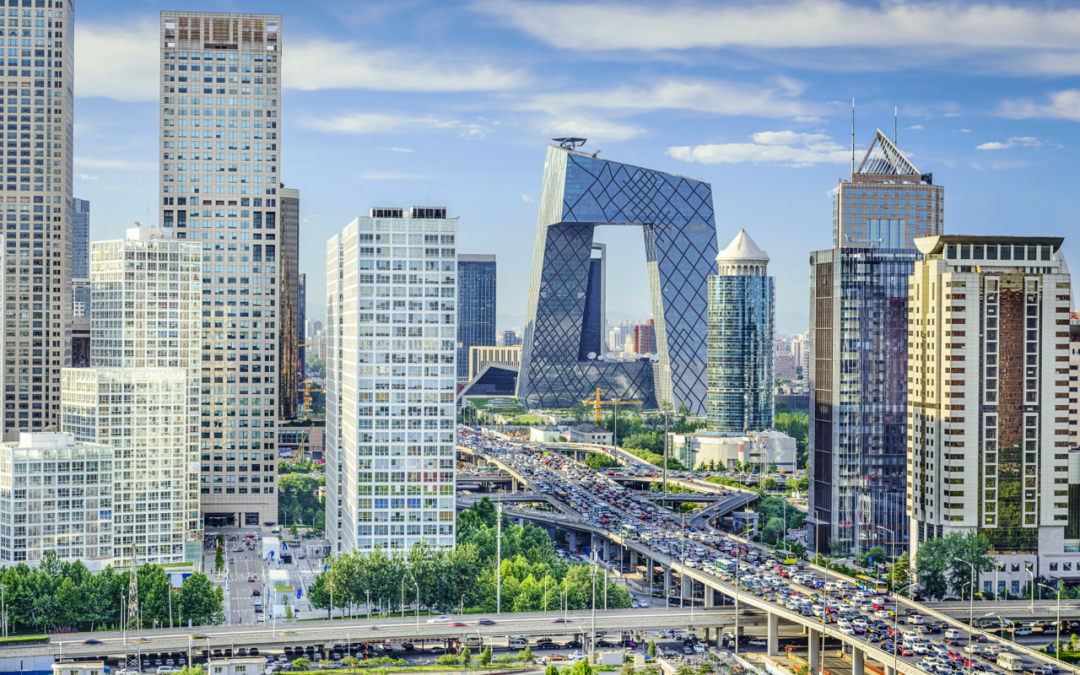 Transportation in Beijing can seem daunting at first, so here’s everything you need to know about getting around in Beijing during your trip.

Did you know that Beijing—which went through multiple name changes—is one of the oldest cities in the world? It’s almost as old as London, which explains why it houses a lot of the historical wonders of the world.

The most popular sites are the Great Wall of China and the Forbidden City, but Beijing has lots more to offer tourists.

Beijing has many wonderful spots for learning, sightseeing, and relaxing. How do you get around Beijing in an efficient way, though?

Read on to learn the different ways of getting around in Beijing and see which one suits you. 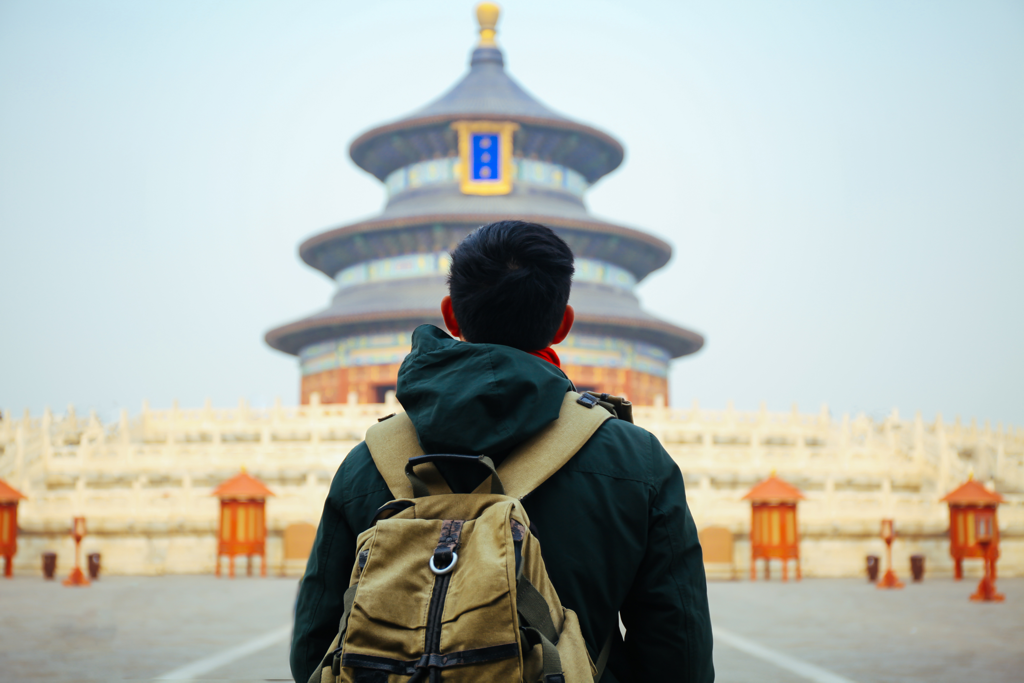 Expect to do a lot of walking in Beijing, especially if you want to utilize the Beijing public transportation system. Some tourist spots may be far from the metro and bus stations. And unless you’re on a tour, you’ll have to walk to get from one spot to another.

The upside is that it’s the cheapest form of transportation. You’ll have more money left for trying all the Chinese food you’ll encounter along the way.

For this reason, make sure to pack comfortable shoes for your trip to Beijing. While you’ll see many Chinese women rocking high heels, they’re often not there for sightseeing.

The Beijing public transport system is efficient, although you’ll have to navigate it alongside the 21 million people residing in the city.

It has three major forms of public transportation: subway, bus, and taxi. But we’ll also discuss another form unique to China and other Asian countries: the pedicab.

Thanks to the 2008 Olympics, China developed an extensive network of subways. The expansion of the subway has been ongoing since then. The country is even planning it to be the biggest in the world.

It’s easy for tourists to navigate, too, thanks to the English signs and announcements.

The subway runs from 5 am to 11 pm every day and it has a direct connection to the airport via the Airport Express train. You’ll have to study the metro lines and the stations to know what time to embark, what train to take, and where to disembark when going from one place to another.

This is easy to do thanks to the handy apps and tools. Google Maps, for instance, shows you which station to go to and where to exit. Some websites can also give you the fare cost, train arrival times, and travel times.

Taking the bus is even cheaper, but the caveat is that buses are way harder to navigate for tourists. It’s often crowded, too, so don’t expect to get a seat, especially during rush hours.

Like trains, buses have set routes and timetables. You get on and off the bus at designated stops. You would recognize a bus stop by signs detailing the name of the stop, the route number, the routes, the stops in those routes, and its operating hours all in Chinese.

You pay using a Smart Card, which you swipe when you board and then before disembarking, or with exact cash.

Taxi is a convenient yet cheap way of getting around in Beijing because they’re everywhere. During rush hours, though, you’ll be competing with hundreds of thousands of other commuters.

This can make it hard to hail one during busy times and between 8 pm to 10 pm—the times when people are heading home. In inclement weather, it will be hard to flag one down as well.

Most of the cab drivers don’t speak English, either. Have a translation app handy for such cases and be ready to write your destination in Chinese. Write down your hotel’s address in Chinese, as well, and always keep it on your person.

To get a taxi, hail one from the roadside or by going to a designated taxi stand. Look out for cabs with the light on—this means they’re accepting passengers.

Taxis don’t like carrying a heavy load, though, so make sure to book one via your hotel instead. They also don’t like covering short distances. When traveling long distances, you’ll have to negotiate the fare instead of going by the meter.

If going to the Great Wall of China, for example, research the reasonable amount you would pay your cab.

This is a way to travel short distances when you don’t want to walk. Sanlunche is the Chinese version of the TukTuk in Southeast Asian countries. You may better know it as a pedicab.

These only have three wheels, which makes them much smaller than a car. This makes them a great option for going through the back streets.

If you’re pressed for time, you may consider riding one as they can squeeze through traffic easily. However, we don’t recommend this as it can be dangerous.

There are many reports of dishonest pedicab drivers, too. They may charge higher for foreign nationals or they may not give you exact change.

Make sure to learn the proper prices beforehand and negotiate before boarding. When paying, hand over the exact fare as you negotiated.

If you want convenience, privacy, and the ability to manage your own time, rent a private car instead. Car rentals here in Beijing come with a driver. This is preferable for tourists since you might avoid driving in the city if it’s your first time.

Beijing is infamous for its traffic conditions, ranking as one of the 10 worst cities for driving. Rides are 47 minutes longer in this city, on average, as 46% of the city has bad congestion most of the time. It far outranks Shanghai and Guangzhou, which are often congested as well.

Driving remains an option, though, if you’re one to brave the traffic. Note, however, that Beijing doesn’t recognize international driving permits. You’ll have to get a temporary driving permit to drive in Beijing and some neighboring areas.

Furthermore, you’ll have to acquaint yourself with the traffic rules in China. The people here drive on the right side of the road. This can be a bit hard to adjust to if you’re used to driving on the left side.

First, familiarize yourself with the rules and the unwritten rules of Beijing traffic. Hire a chauffeur to experience the traffic first before taking on this challenge.

This tip is applicable if you have more than a few days. But if you’re in the city for a short period, learning the traffic of Beijing might not be the best use of your limited time.

These transportation options aren’t good enough for you? Here are other ways of getting around Beijing.

Riding a bicycle sure beats walking: it’s faster, less strenuous, and more fun. It can take you to most places as almost every road has a bike lane.

Rental is pretty cheap. It can be as low as around 8 US dollars if you avoid the places that jack up the rental prices for tourists.

If you need a bike in a pinch, China has bike-sharing apps. It will show you the location of bikes you can rent, which you can then unlock and pay for through the app.

There’s also a public bicycle system, wherein you can use the bikes docked near subway stations and bus stops. You’ll need a bicycle rental card for this one.

We can’t say that this is a safe way to travel around Beijing, though. Cars often ignore the bike lanes, compromising the safety of riders.

Uber wasn’t successful in China, so it allowed the homegrown app Didi Chuxing to take over. It works as an Uber—you input your location and destination, wait for a driver to accept and come over, and then you pay through the app.

Taxis are also available through this app.

To use the Didi app, though, you need a Chinese phone number. You also need to register Alipay, WeChat Pay, and other means of payment.

As of this writing, the app is in the process of implementing a system that will accept foreign numbers. As of now, however, you need to come by a Chinese number to register. 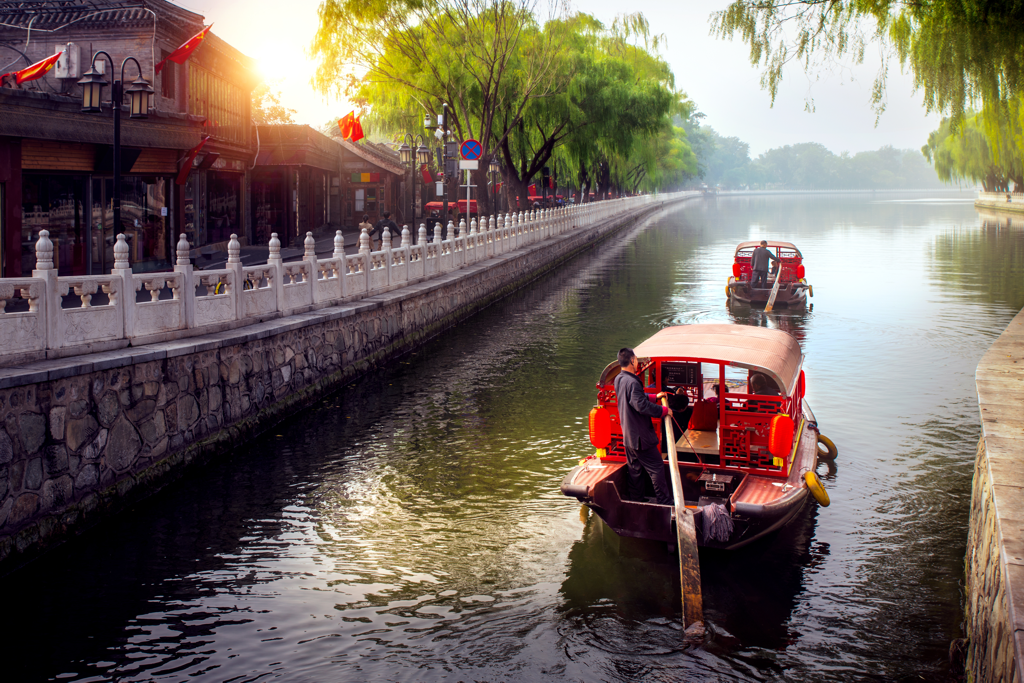 China has plenty of sightseeing tours, whether by bus, by bicycle, by walking, or via other means.

This is helpful for tourists as these tours often include popular spots in the city. You also don’t have to worry about transportation. They teach you some basic information like the historical relevance of each spot, as well.

A downside to this is that you don’t manage your own time. The tour dictates how much time you have to admire each location, what time you need to arrive, and what time it will end.

Another downside is that it’s often much cheaper to DIY your tour. For a hassle-free experience, however, we recommend getting on a sightseeing tour.

Learn More About Getting Around in Beijing

With all these transportation options, getting around in Beijing is easy once you get the hang of it. Which of these you should take will depend on your budget and preferences.

If traveling on a tight budget, consider the bicycle and public transportation options. For the ultimate convenience, hiring a private driver is the way to go. Contact us if you need any help with VIP transportation services.