Everything You Need to Know About Alexandria: From a Limousine in Alexandria, Egypt Service 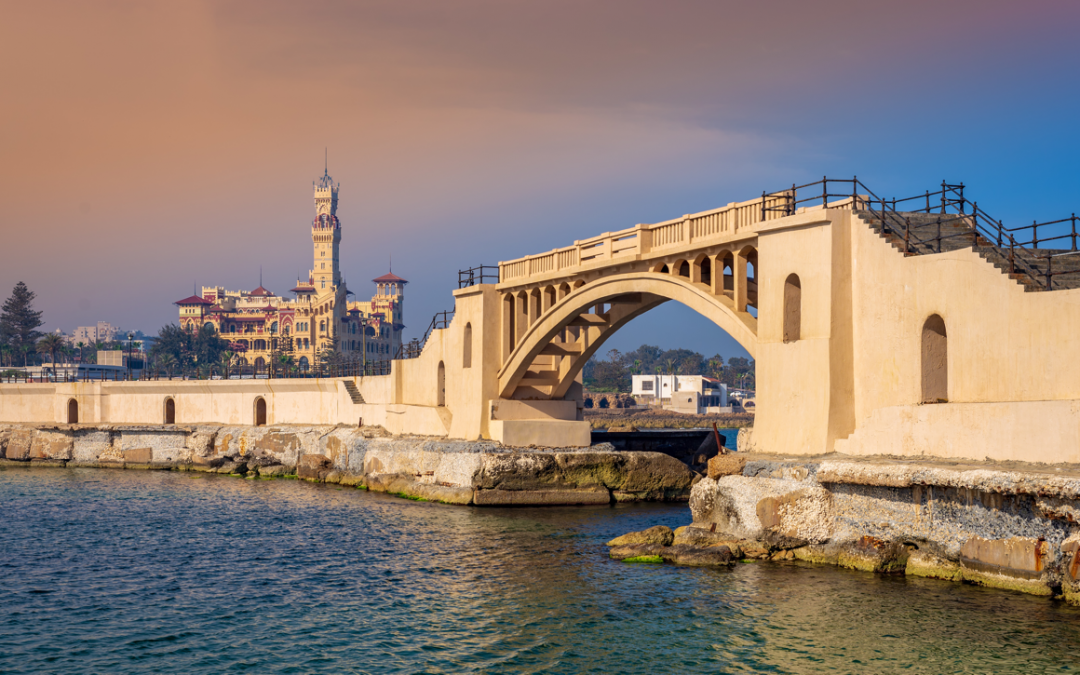 Do you want a life-changing vacation? Go to Alexandria, Egypt! Find out why you should take a limousine Alexandria Egypt and learn all about this city.

Did you know that two of the seven ancient wonders of the world were located in Egypt?

One you probably know very well. The Great Pyramid at Giza still stands today, more than 4,000 years after its construction.

But what of Egypt’s second ancient wonder? That honor belongs to the seaside city of Alexandria and the Pharos, its legendary lighthouse. Standing over 330 feet above the harbor, it was at that time the second-tallest structure in the world.

The history lesson is great, but what about Alexandria today? What can visitors expect when they tour this Mediterranean city in modern times?

Whether you arrange a special interest tour or travel on your own, you’re sure to be amazed by this fascinating city.

Ready for a tour by car, camel, or limousine in Alexandria, Egypt? Read on for everything you need to know to get the most out of your upcoming visit.

A Brief History of Alexandria

Historians could write volumes of books about Alexandria’s illustrious past–and they have.

In lieu of a trip to the library, here’s a quick rundown of why Alexandria was such an important player in the ancient world.

As its name suggests, Alexandria was founded in 331 BCE by the mighty Greek king Alexander the Great. He was only 25 years old when he conquered Syria and Egypt and laid the foundation for what would become Alexandria.

Over the next 50 years, Alexandria went from a tiny fishing village to one of the largest and wealthiest cities in the known world. It became a Mecca for scholars, scientists, artists, mathematicians, and philosophers.

In fact, it was second only to Rome in prominence and importance.

In addition to the famous lighthouse, Alexandria also became home to the world’s largest library. Historians estimate it may have held up to 500,000 books–an impressive collection for the ancient world.

It was here that Eratosthenes first calculated the circumference of the earth. It was also here that Marc Antony and Cleopatra ruled the empire after the assassination of Julius Caesar.

After the fall of Rome, Alexandria fell into a long period of decline. Only in the 19th century did the city begin to revive as the result of an industrialization program.

Today Alexandria is thriving once again as a bustling port city of five million people. The library is rebuilt and ancient ruins abound–but we’ll get to those later.

One great thing about Alexandria is that you can enjoy it any time of year.

Summertime is definitely the high season–temperatures are warm and the air is dry. Because of this, the city receives the most visitors during the summer months.

If you’re hoping to avoid the crowds, spring and autumn are ideal seasons to visit. Nighttimes cool off a bit but daytimes are still pleasantly warm and sunny.

Winters in Alexandria tend to be cold, cloudy, and rainy. If you don’t mind chillier temperatures, this could also be a good time to visit, as there are far fewer tourists.

Alexandria Today: Things to See and Do

From ancient ruins to modern marvels, there’s no shortage of impressive sights in Alexandria.

Here are a few things you simply can’t miss.

Since Alexandria was a famed center for learning, it’s only logical that the city would one day seek to rebuild it.

The result? In October 2002, the doors opened to the New Library of Alexandria. The main library now holds millions of books, but that’s only the beginning.

Head over to the beautiful Italian-style Al-Saad Bassili Pasha Palace, home to the city’s National Museum. One of the finest museums in Egypt, it’s home to over 1,800 historical artifacts.

Take a personal journey through the region’s Pharaonic, Roman, Coptic, and Islamic eras. The museum also contains 19th-century artifacts from the court of Mohammed Ali.

If you’ve ever wanted to see mummies, here’s your chance. The museum’s basement contains several mummies that were excavated from nearby tombs.

And if you’re following the area’s underwater excavation efforts, you can find those sunken treasures among the museum’s exhibits.

Along the eastern harbor of Alexandria, you’ll find a stunning waterfront promenade known as the Corniche.

The 19th-century Montaza Palace marks the eastern end of the Corniche, while the 15th-century Fort Qaitbey lies at the western end. In between is a 10-mile stretch of road and pedestrian paths that follow the Mediterranean shore.

This scenic area is the perfect backdrop for long walks and postcard-worthy photos. Restaurants line the streets, offering fresh and delicious seafood and other Egyptian specialties.

Walking along the Corniche gives you a taste of the city’s elegance and decadence during the late 19th and early 20th centuries. History buffs will enjoy touring the Cecil Hotel, where Winston Churchill and the British Secret Service stayed during World War II.

Remember the lighthouse we mentioned earlier? It stood in the harbor for an impressive 17 centuries until an earthquake destroyed it in 1303.

Then, in the mid-1400s, Mamluk sultan Qaitbey began construction of a fort using the rubble of the lighthouse. The result was a mighty citadel and fortress that exists to this day.

No visit to Alexandria is complete without touring the fort’s naval museum. You can also climb the towers and take in incredible views of the Mediterranean and the city below.

When you’re walking near the outer walls, keep an eye out for areas of red granite. These came from the original lighthouse, and the remaining pieces lie beneath the waves of the harbor.

Would you like to visit the only known Roman amphitheater in Egypt? You’ll have your chance when you visit Alexandria and the ruins of Kom Al-Dikka.

City officials discovered the site back in 1967 while laying the foundation for an apartment building. What looked to be a “mound of rubble” turned out to contain a 2,000-year-old Roman amphitheater.

Also nearby are the spectacular ruins of the Villa of the Birds, dating back to the reign of Roman Emperor Hadrian. Visitors can enjoy the well-preserved mosaics and other ancient remains.

Unless you travel in the dead of winter, Alexandria is likely to be warm (or hot), dry, and sunny. Here are a few expert packing tips to make sure you have what you need.

Bring lightweight, loose-fitting clothes you can easily layer. You’ll need a hat, sunglasses, and sunscreen to protect your skin from the intense Egyptian sun. A lightweight jacket is a good idea for breezy days or chilly nights.

Female visitors don’t need to worry about covering their head, but they should dress modestly and respectfully. Choose clothes that cover the knees and shoulders and avoid anything that’s skintight or revealing.

You’ll want a sturdy pair of walking shoes for visits to archaeological sites. You should also bring any medications or hygienic products you regularly use at home, as they might not be easy to find in Egypt.

Most high-end hotels and restaurants accept credit cards and major currencies, but smaller vendors and local businesses may not. It’s a good idea to carry some cash on you for everyday transactions.

If you bring euros, dollars, or pounds from overseas, you can easily exchange them for the local currency (Egyptian pounds or LE).

Getting There (And Getting Around)

If you fly into Alexandria, you’ll land at Borg El Arab International Airport (HBE), about 25 miles outside the city center.

Once you’re there, you have the option of using taxis or call-ahead services like Uber. Alexandria is also home to one of the world’s oldest and longest-running tram systems, dating back to 1863.

Rental car agencies are available, as well as luxury limousine and chauffeur services. To make touring easier, many travelers use high-end concierge services to ensure their travel plans go smoothly.

Do You Need a Limousine in Alexandria, Egypt?

Whether you’re traveling to Alexandria for business or pleasure, you can be sure of this: You won’t run out of incredible things to see and do.

To make your arrival and touring days as pleasant as possible, why not book a limousine in Alexandria, Egypt?

We offer an array of chauffeur services to make sure your every need is met. Our professional drivers are reliable, experienced, and familiar with every part of the city.

Click here to learn more about us and our premium travel services. It will be our pleasure to serve you.